It's been way too long since I posted last time, but school has kept me more than busy. I started without much of a plan of what I wanted to do this semester. I had several different ideas I wanted to follow and I decided to somehow work through some of my grief after my father's sudden death in an accident this past summer. I ended up making a series of ink drawings with collaged photos to generate images and ideas more rapidly than an etching allows. Unfortunately I was not overly satisfied with the drawings and I do not consider them finished pieces, but rather a series of sketches to work through new ideas and different kinds of mark makings. The spaces in the images have become a lot emptier than most of my previous work, which was part of the exercise. I enjoyed responding to some of the qualities of the ink, which is so much more fluid than etching in copper, but I also got bored more easily working directly on paper instead of working through the various processes of creating a printing plate. I also found that the images were lacking visual cohesion; the figures seemed very separate from the ground. I'll post a few of the drawings here to show some of the process I go through as an artist. I'll post the images I chose to translate into prints in subsequent posts. 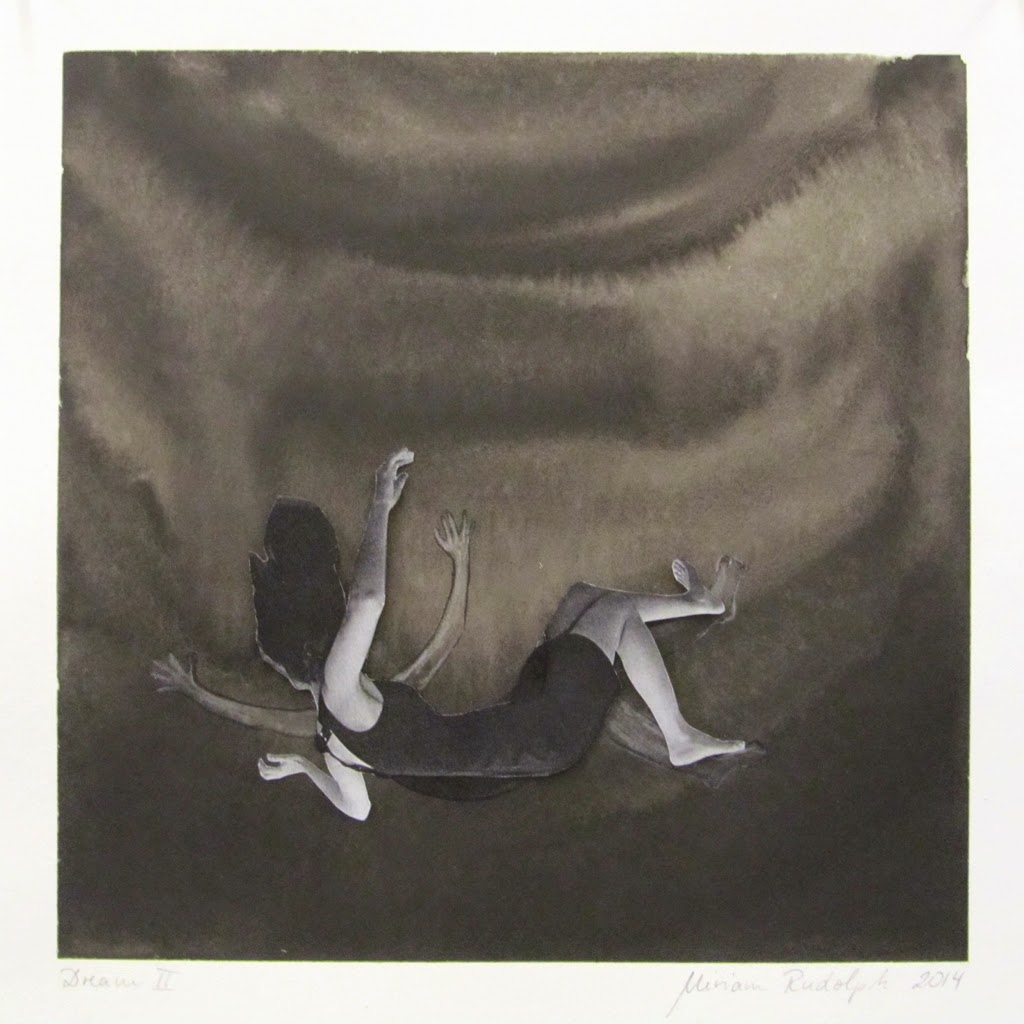 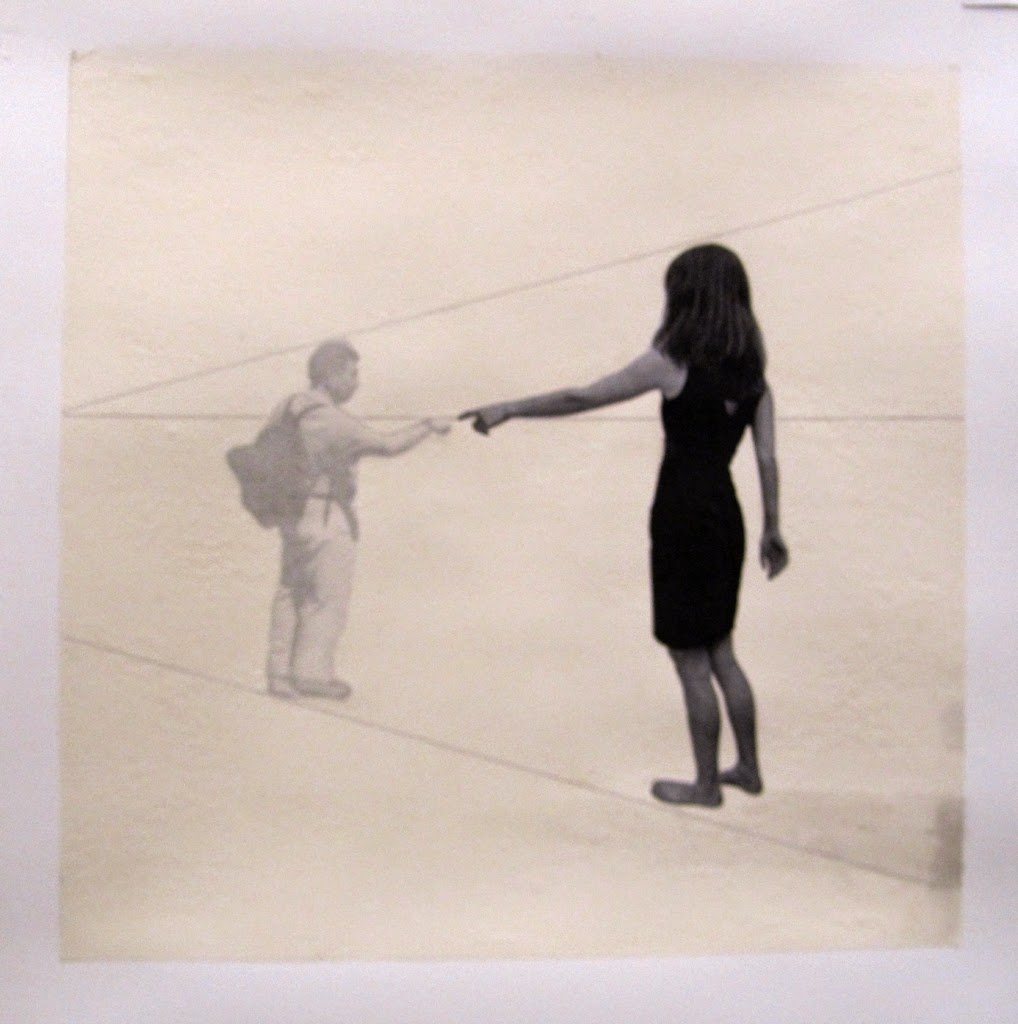 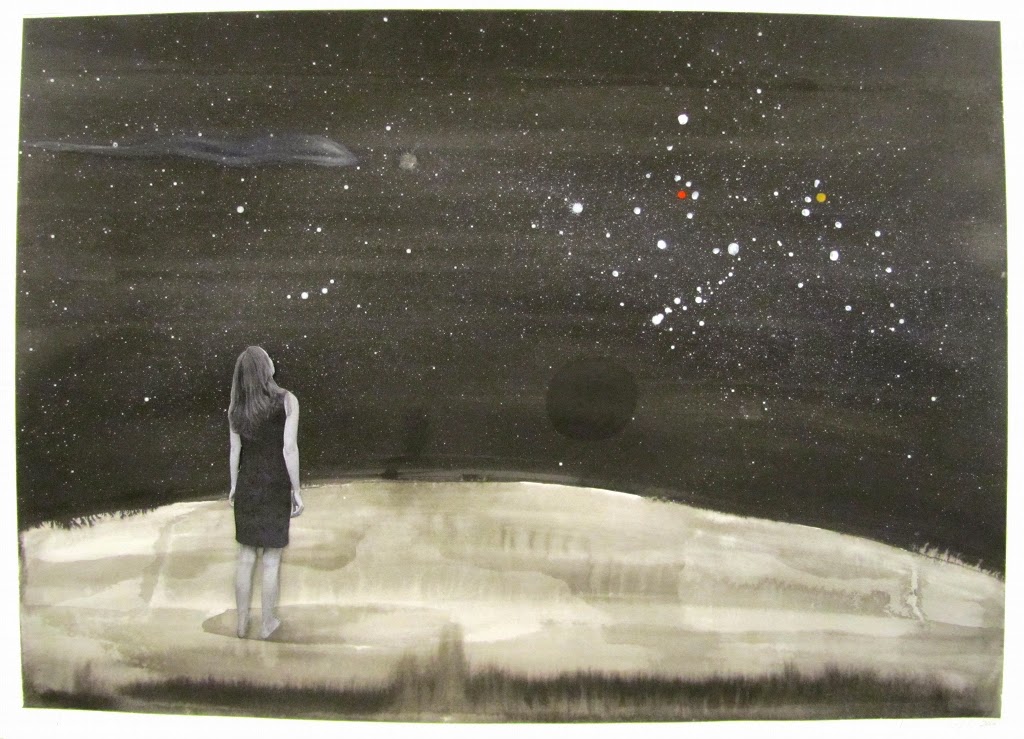 Posted by Miriam Rudolph at 6:24 PM