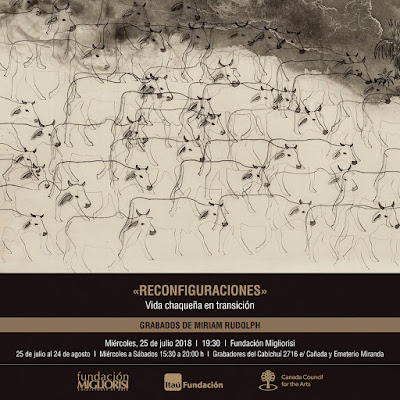 I would like to invite you to an exhibition of my prints at the Fundación Migliorisi in Asunción, Paraguay. The opening is on July 25, 7:30pm. My exhibition runs parallel to an exhibition by indigenous artists from the Chaco, which is curated by Ursula and Verena Regehr. Most of these artists are the same that participated in my printmaking workshops in 2013 & 2015 and I'm very pleased to show my work in this parallel exhibition under the same umbrella title.

Posted by Miriam Rudolph at 10:38 AM No comments: 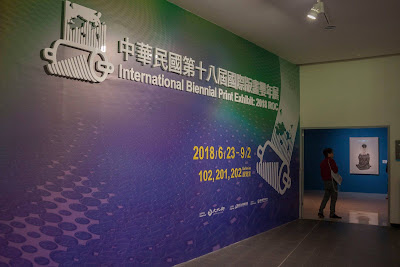 I found a picture with my print in the background of the photo below at ROC 2018 International Printmaking Exhibition at the National Taiwan Museum of Fine Art. (Photos: Wojciech Tylbor-Kubrakie). 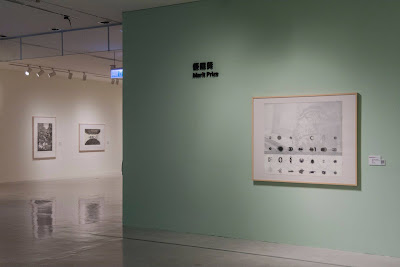 Posted by Miriam Rudolph at 10:27 AM No comments: 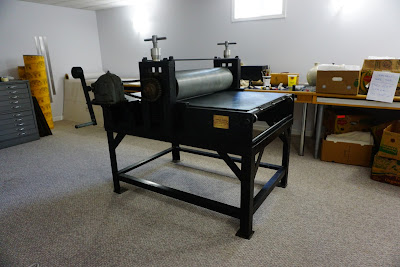 My printing press is in my studio! I am so very excited! We still have to mount the gear box cover and calibrate the pressure gauges. However, I'll have to wait with the inaugural printing till I get back from my exhibition in Paraguay (more about that a different day). Anyways, the press has arrived and is here to stay. I'm happy!

Posted by Miriam Rudolph at 4:22 PM No comments: 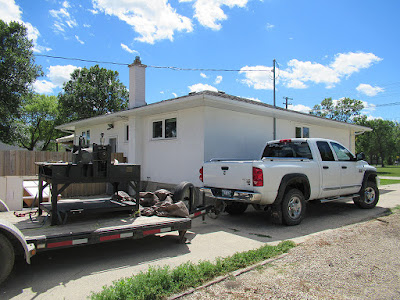 Last week we got my Charles Brand Press out of storage. We had borrowed a truck and trailer. A forklift had lifted the press onto the trailer. Remember, it weighs about 1 metric ton. Since we had to take it apart anyways to bring it down into the basement, we decided to disassemble it on the trailer. With the help of a friend and a neighbour, Terry lifted the press down in four parts. The next few days I spent the few days in hot hot weather removing all the rust from the bottom and top rollers, the press bed and wearplate. I used a product called Krud Kutter for the rust removal which worked quite nicely along with lots of scrubbing with scrubby dish sponges and steel wool. I did some polishing with steel wool and waxed all the clean steel parts with turtle wax. It took a lot of elbow grease, but I'm really pleased how nicely the press cleaned up in the end. Below are some 'before' (at pick up) and 'after' (after rust removal prior to final polish) pictures. 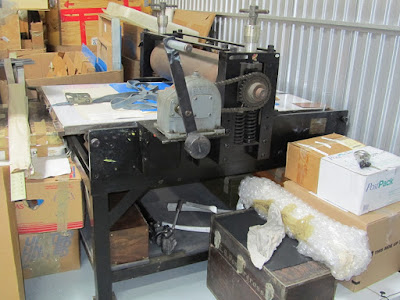 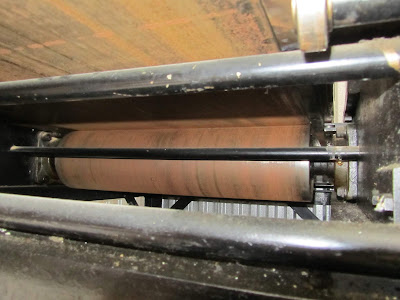 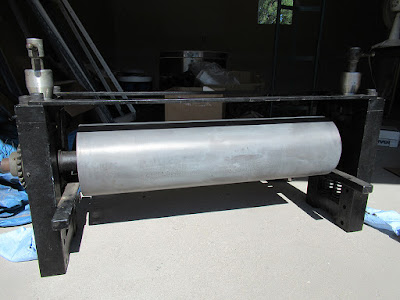 We had taken the press apart into four pieces to get it down the stairs with three guys (Chris and Terry: thank you so so much for helping!). Terry had build some support structures and rigging to help manoeuvre the pieces down the stairs, which was really helpful. Lets not think about how we'll ever get it up the stairs again quite yet. 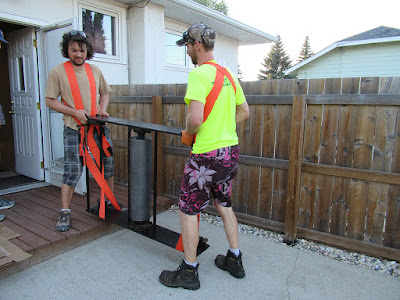 
Moving the press bed. We estimate that it weighs somewhere between 300-400kg. 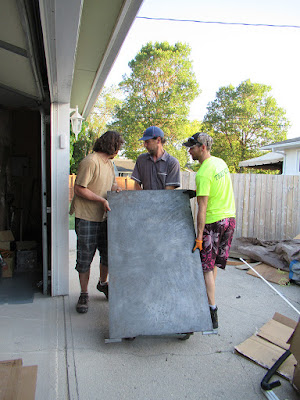 Terry's moving jig to lower the press bed down the stairs with a rope. A nifty yoke construction kept the heavy press bed from tilting sideways. 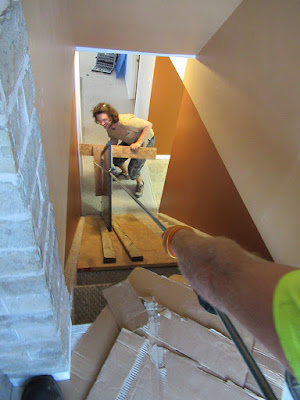 Posted by Miriam Rudolph at 3:34 PM No comments: